Skip to content Skip to sidebar Skip to footer

It all began with the Afterlife Saga, a 12-book series. This was the story of Kiera and Draven. Here we were first introduced to the vast world of characters that left us wanting to know more about them.

This led to the next series, which was Transfusion. This was our look into the world of the Vampire King, Lucius, and his chosen one, Amelia Faith. The Transfusion series includes 12 books as well.

One of the most popular characters in the whole series was Pip. We got two books dedicated to Pip and Adam called The Shadow Imp series.

Dominic Draven has a brother named Vincent, and we get the first look at his story in the Kings of Afterlife series. This sadly has yet to be finished as it only has the first book in the series complete and it leaves us with a big cliffhanger. This particular series may also later include stories from some of the other immortal kings and quite possibly Sophia’s story as well.

And last but not least we have the latest in the Afterlife world and that’s called The HellBeast King. There are currently 3 books in this series and the 4th is said to be on its way by the end of this year. 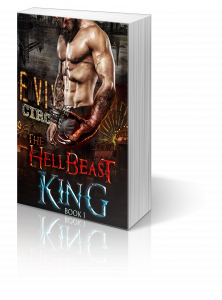 The Afterlife Saga isn’t one of those series where you can just pick up any random book and enjoy the experience. Trust me when I say you really need to start from the beginning to truly understand anything that is going on because each book in the series references events that happened in various other books. So if in doubt, go to the very first book in the very first series and start reading from there.

Yes, I realize that means it will take a while to get to the end, but trust me when I say, it’s worth the ride. And in the process, if you get confused about who anyone is, well … come back to the website and simply look them up. I try and make as many notes as I can about each character in every book in the series.